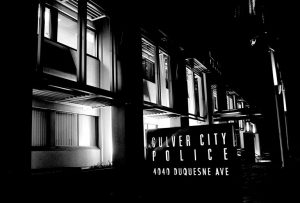 Culver City police have a “zero tolerance” ticket rule during the national seat belt campaign, which started May 21.

Police will deploy additional officers during the two-week campaign on special traffic patrols. They are specifically there to stop and ticket both drivers and passengers for failing to use the safety belt restraints. This will also include drivers who fail to secure children in the proper child restraint seats.

“Buckling up is such a simple task that can keep you and your family safe in the car,” said Chief Scott Bixby, Culver City Police Department. “But it’s more than that. Buckling up is the law.”

In Addition, Bixby said failure to use seat belts can have deadly consequences.

“We see the loss of life and injuries at the scene of a crash,” Bixby said. “Often, deaths could have been prevented and injuries reduced with the simple click of a seat belt. This should be automatic.”

Nearly 50 percent of the passenger vehicle occupants killed in crashes in 2016 were unrestrained, according to the National Highway Traffic Safety Administration. That percentage rose to 56 percent of death set between 6 p.m. to 5:59 a.m.

That’s why one focus of the Click It or Ticket campaign is nighttime enforcement. In California, the minimum penalty for a seat belt violation is $162.

“Every day we want everyone in every vehicle to remember that buckling up could be their greatest defense in a crash,” Rhonda Craft, Director of the California Office of Traffic Safety said. “Putting on a seat belt is one of the quickest, simplest and most effective ways to ensure you and your loved ones remain safe and sound on the road.”

In 2016, across Los Angeles County, 61 died unrestrained as either a driver or passenger. There were 426 unrestrained individuals at the time of the collision. 74 of those would have survived had they simply buckled up.

Chief Bixby said “If you know a friend or a family member who does not buckle up when they drive, please ask them to consider changing their habits”. Seat belts save lives, and everyone—child and adult—needs to remember to buckle up—every trip, every time.”